family dentist near me – DISCOVER DENTISTS® 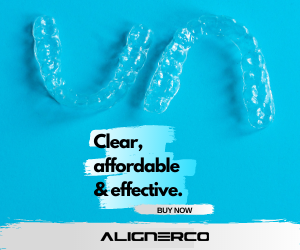 It seems like eons ago. Sometime back in 2004. It wasn’t love at first sight, but something much closer. Imagine this, a small boy clutching his mother’s hand with all his might. Suddenly sees a white cubicle with a weird looking chair in the centre. Standing next to it was a doctor. Usually I.. er.. excuse me the boy hates doctors but this one was totally different. There was this care free yet attentive aura around him. And the droning and buzzing of the various machinery did nothing to dampen the effect.

The boy was awestruck. He wasn’t anxious anymore, but quite the contrary. His eyes danced with curiosity. And it still does. As you might’ve already guessed by now, the boy was me. I had my jaws on the floor. The chair reminded me of an inter galactic teleporting device from the star trek series. So here’s my confession, at the age of 10 I had my crush on dentistry. But snapping back to reality it all faded away after subsequent crushes on people, objects and even fraternities turned out to be a real pain in the back.

That was it until a year and a half or so back at the time when I had to finalize on my career decision. It was a very frustrating decision to make. You chose it wrong and you will have to blame yourself for a lifetime. And that was a scary thought. Most infuriating was the sugar coated ill advises by “the elders”. Even more exasperating was the unending queries of whether I’ve set my mind or not. It went on until that fateful day when I selected dentistry. It wasn’t an impromptu decision at all. I almost did a tiny research on it. I called up my old family dentist and my cousin who was doing his third year of BDS. Went through career guides, attended various career orientation programmes and finally my best friend cum know-it-all, the internet. I’ve spent hours browsing through the pros and cons of taking up dentistry.

I compared different professions to dentistry from social worker to scientist to stock broker. I found dentistry somewhere in the middle, the comfort zone. The one branch which lies in harmony with both satisfaction and financial security. There was no looking back. I saw dentistry as a way to reach out to the society and serve it with honor. There was nothing more glorious than to have the power to bring back the smile to a suffering person and stand back and enjoy it as he/she spread it all the way around. Relieving someone from the pain and discomfort was a thrilling thought.

But that alone isn’t the only reason why I took up dentistry. Even if I say so, it would be a big lie. Then what are the other less glorious reasons for my decisions? Social status and increased self esteem would easily be my second major reason. Who doesn’t want honour? Everybody wants to ride that social ladder up to the top. I saw dentistry as an escalator. A hard earned but an easier alternative.

Financial security as well as freedom was another important factor that shaped my decision. The possibility of being my own boss was just overwhelming. No fear of downsizing as the number of bosses are equal to the number of patients you have. I could live like I owned the place (literally). No work place worries at all, unless I don’t treat my auxiliary staff well. Another interesting aspect of dentistry was the flexible and balanced lifestyle of a dentist. It is possible for a dentist to change clinic timings to suit his comfort. Leaves and vacations are all subject to his state of mind. Fees structure, number of staff/nurses, accessories, references all can be manipulated.

A dentist can lead a balanced lifestyle. The flexibility to balance professional life with personal life was very much appealing to a person like me who gives first priority to family. The chance to educate young minds by being a teacher was another one of my dreams. And the prospect of being a lecturer was also pondered on.

Finally success potential in the long run was another important factor I considered. Contrary to the popular belief, dentistry does have an increasing scope in the near as well as distant future. As the aging population and increase in access to health care facilities will only increase the need for dentistry. So I need not have any fear about the future.

All these reasons where more than enough to trust my life on dentistry. I’ve just begun my second year and I already believe it’s paying off. I’m just knee deep in this field and I’m totally ready to take that dive into the depths of dentistry as I only see a brilliant bright future ahead of me without any regrets or worries.